Refugee children have a shop window for their talent 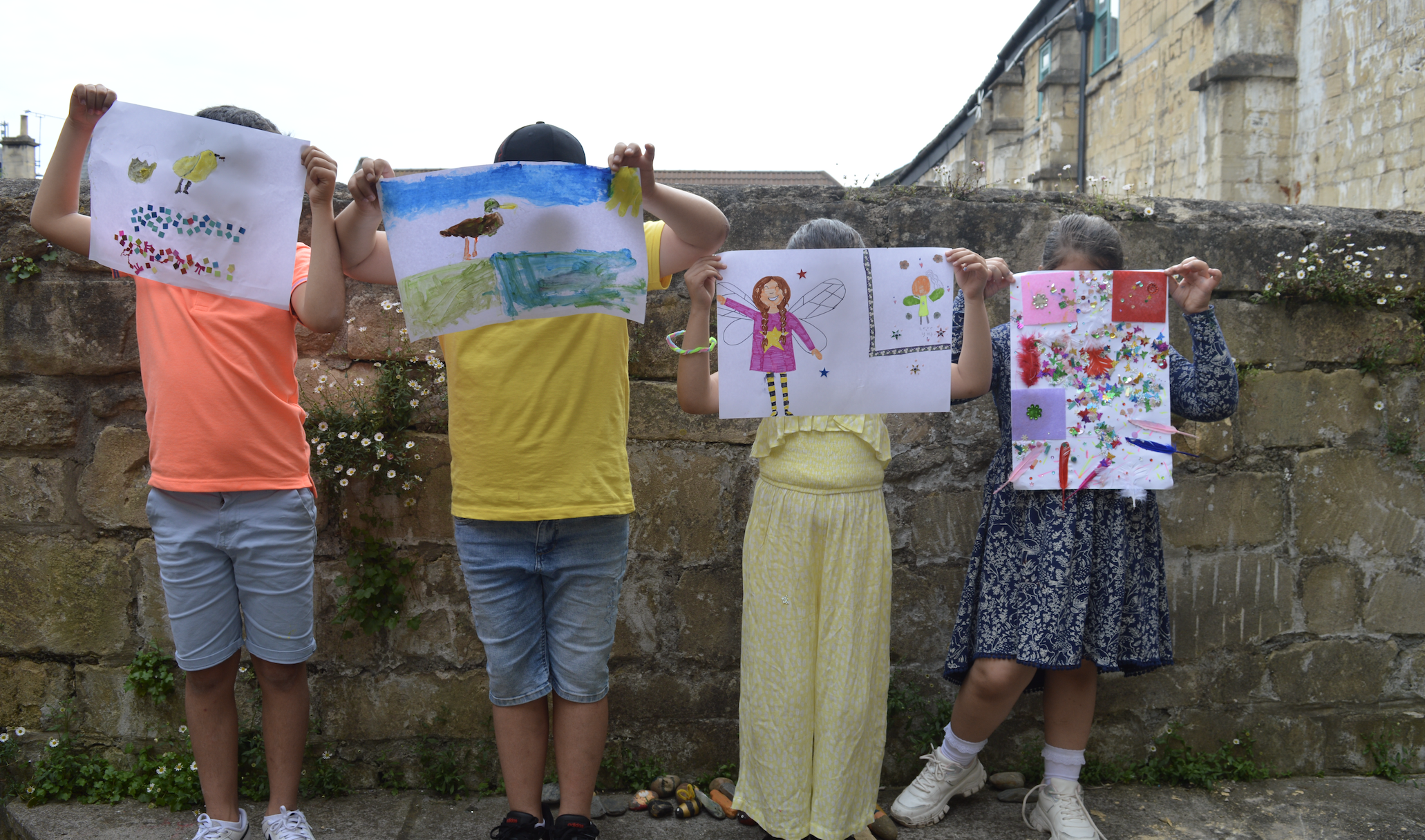 Young refugee children who have settled in Bath & North East Somerset had a prominent spot to highlight their artistic talent when a mini art show went on display in Old Bond Street on Monday the 14th June.

The initiative was to help celebrate National Refugee Week. The pieces produced by the children took pride of place in the main window of the former Gap shop, owned by St John's Foundation, on Old Bond Street, over the course of that week.

Using Home Office funding, B&NES Council commission Julian House to resettle people with refugee status through the Vulnerable Persons Resettlement Scheme (VPRS). The scheme exists to enable the resettlement of those who have been identified by the United Nations as being the most vulnerable people fleeing persecution, violence, and life-threatening challenges in their countries of origin. The charity works mostly with families, many of whom have significant medical conditions and/or who have survived torture. The project supports and empowers families to rebuild their lives, move on from trauma, and live happily and independently in the UK. Julian House works closely in partnership with local charity Bath Welcomes Refugees amongst other local, regional and national organisations.

Sally Harris is the Team Leader for the Julian House Resettlement Service “We have been doing this work now for 4 years and in that time we have supported some very vulnerable individuals. Despite the massive emotional challenges of leaving behind friends and family it has been humbling to see how well they have adapted and assimilated into local communities – taking on volunteering opportunities and paid employment. People often say that children are more adaptable than parents but it’s still not been easy for them. Again it’s been inspirational to see how well they have done – making new friends, learning a new language and culture.

We are indebted to St John’s Foundation for giving us such a great site to show off their artwork. They enjoyed doing it and it will be such a thrill for them to see it on show to a big public audience.”

Refugee Week (14-20 June) is a platform for people who have sought safety in the UK to share their experiences, perspectives and creative work on their own terms. Through a programme of arts, cultural, sports and educational events alongside media and creative campaigns. It enables people from different backgrounds to connect beyond labels, as well as encouraging understanding of why people are displaced, and the challenges they face when seeking safety.

Receive St John's newsletter with all the latest news, events and activities, delivered direct to your inbox